Difference between revisions of "Mutual and Civic Improvement Club of Hebron" 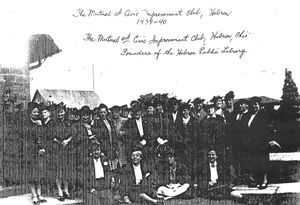 The club permitted its members to expand their intellectual and cultural horizons, with readings, musical performances, and guest speakers at their monthly meetings. The ladies of the club served as a support group for one another in times of personal tragedy, such as the loss of a loved one. The club also participated in the wider community of women’s organizations, becoming a member of the Ohio Federation of Women’s club, often sending representatives from Hebron to the larger association meeting. One of these meetings inspired the ladies to pursue what would become their most lasting community service.[2] 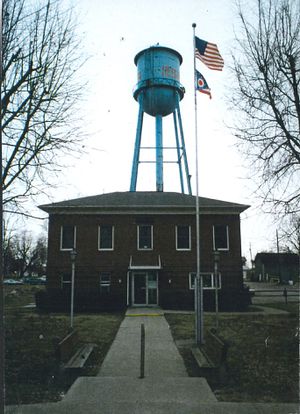 Hebron Municipal building was the first home of Hebron Library in 1936.

The M&CIC also pursued community benefit in addition to their own improvement. They held fundraiser and sales, sponsored events for parks and green spaces in Hebron, provided emotional and charitable assistance to the elderly.The foundation and support of the Hebron Public Library in 1936 would remain their most significant achievement.

The Licking County Library preserved a number of programs, records, and files related to the M&CIC of Hebron. These include their yearly calendars, personal letters, a financial ledger and book of meeting minutes. Also included is the brief history of the Club written in 1966 by member Grace Worth.